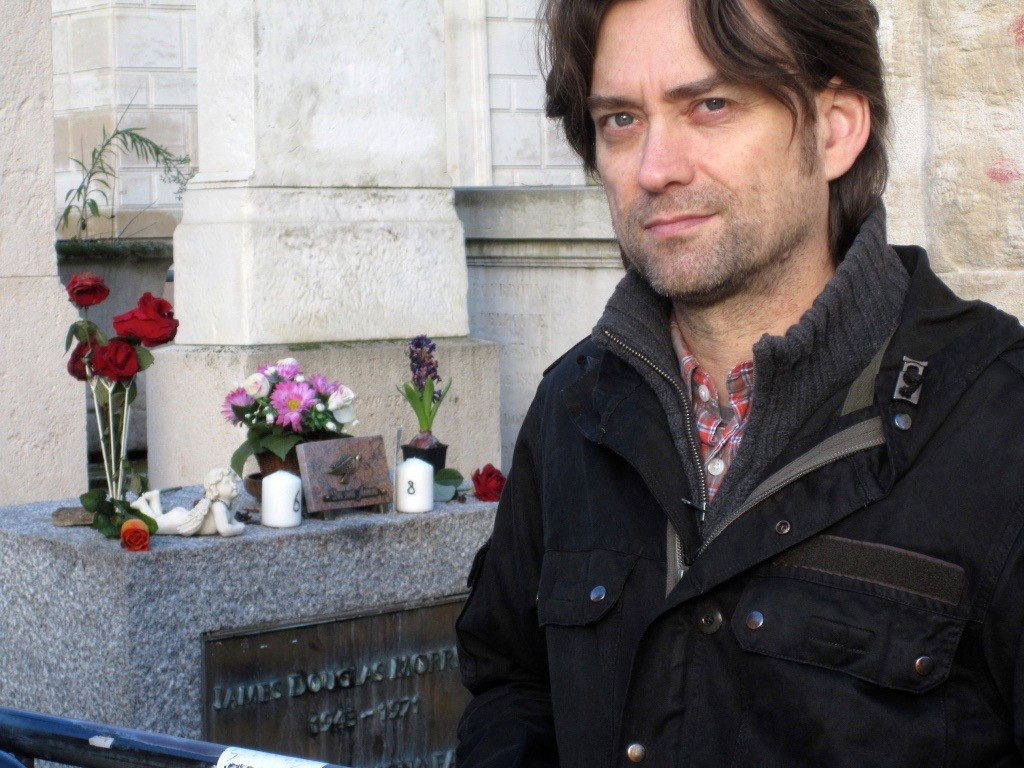 Chad Taylor was born in Auckland, New Zealand. His first published fiction appeared in Other Voices: New Writers and Writing in New Zealand, Sport and Landfall. His debut novel Pack of Lies was published in Germany as Lügenspiele. His second novel Heaven (1994) was made into a Miramax feature film produced by Sue Rogers and directed by Scott Reynolds. Stories from his 1996 collection The Man Who Wasn't Feeling Himself were widely anthologised. The 1999 entry for the Oxford Companion to New Zealand Literature describes him as:

"… A writer of uncompromisingly contemporary fictions of transience and shifting realities in the modern city. Born and educated in Auckland, where his work is largely set, he graduated BFA at Elam and has carried that interest into the strong visual quality of his writing… The fictions often work on the edge of such conventions as the murder story ('No Sun, No Rain'), futuristic fantasy ('Somewhere in the 21st Century') or romance triangle (Pack of Lies, 'Calling Doctor Dollywell'), often through unreliable or unattractive narrators… As these literary norms are subverted, perceptions of reality and identity are challenged. Strong visual representations, especially of sex and clothing, and filmic treatment with fragmentary and mobile scenes and chronology, provide metaphorical access to these internal concerns."

Shirker was published by Canongate Books (UK) in 2000. Rebecca Ascher-Walsh, writing in Entertainment Weekly said the novel "morphs from a mystery into an exploration of passion and mortality." Published by Walker Books in the USA, Shirker appeared in Italian and German editions and was published by Editions Christian Bourgois in France. The novel was praised in Stern, The Guardian and Livres Hebdo. Andre Meyer in Eye wrote that "Taylor's resistance to fashionable cynicism and the paucity of pop-culture references gives Shirker a timeless quality." The Sunday Telegraph hailed it as "a beautifully written and skilfully constructed nightmare from a writer of great imagination." He was awarded a Buddle Findlay Sargeson Fellowship for literature in 2001.

Electric was published in 2003 by Jonathan Cape (UK) and Christian Bourgois. Electric received strong reviews in Le Figaro, The Observer and HQ magazine. The Australian's Clare Harvey applauded the novel as "rare and refreshing." Novelist Scarlett Thomas in The Scotsman described Electric as "blank, noirish, drugged-up - an intense juxtaposition of big ideas." Electric was London Time Out's Book of the Week in 2003. Roger Howard described it as a story of chaos and urban malaise:

His setting is a New Zealand you won't see in Lord of the Rings: a city suffering from the same urban malaise as glitzier metropolises on other continents. Our protagonist, Samuel Usher, is a drug addict who supports himself by recovering data from damaged computers. He falls in with a couple of drifters who occupy themselves with recondite mathematics. But the favoured activity for all three involves powders on polished surfaces. When Jules dies in mysterious circumstances, Usher sets off to find out why. Thematically, Taylor's concerns are twofold: the infinite extent of digitised culture; and the limitless flood of narcotics (not to mention the global industry behind it). Electric looks at what happens when chaos rises up to warp these apparently unassailable worlds.

In 2003 Taylor was awarded the Auckland University Fellowship for Literature and appeared at the Auckland and Sydney Writers' Festivals. In the same year he was listed as one of New Zealand's Top Ten Novelists Under Forty by The Listener, which said:

"What could be more topical than electricity failure? More than a device to reveal the rat underbelly of Auckland, Chad Taylor's Electric has taken service failure and its character exposing metaphors to an international audience. Secretly we are delighted to be on the map of inner-city decline. Taylor's writing is relentless, cool, focused like a police horse in a riot. "He was sustained, without knowing it, by the French refusal to accept poverty as a sign of failure in an artist" (Mavis Gallant) might be a credo, but fortune has a way of changing. Chad Taylor deserves it because he has real style." (Elizabeth Smither)

"Chad Taylor's Electric confirms him as one of the outstanding novelists of his generation. His Auckland is a node in the global marketplace and a casino of possibilities. He writes about drug-enhanced chaos, about abundance, excess, choices - about everything grinding down towards entropy. His novels are as smooth and as aggressive as the best techno. He captures the way a whole trendy sub-culture of Auckland speaks and thus renders their mindset with satisfying, pitch-perfect precision." (David Eggleton)

Taylor appeared at the Hong Kong and Shanghai Literary Festivals in 2005. His short story 'Oilskin' reappeared as a short film adapted by director Josh Bridgeman. 1993's Pack of Lies was re-published in Peter Simpson's Nine New Zealand Novellas and reviewed in New Zealand Books in 2005:


"Catrina takes her ex-lover Babe, now pregnant, to a surprise out-out-of-town birthday party that never materialises. There are no beaches here, only a hot pool at a seedy motel, and a relentless tone of grimy, urban nihilism that is pure Taylor. It's another clever selection on [editor Peter] Simpson's part, ending as he began with a challenging read, and implying in the trajectory from [Janet] Frame to Taylor both continuity in the NZ novella and a strong future for the genre."

'Just about as cool as a novel can get'

Departure Lounge (2006) was published by Jonathan Cape in the UK, Editions Christian Bourgois in France, in Italy by Edizione E/O and in the USA by Europa Editions. The novel received a starred review in the Publishers Weekly (20.02.2006) and was recently dramatised for National Radio. Jonathan Yardley of The Washington Post described it as "smart, original, surprising and just about as cool as a novel can get" and compared the novel's style to Raymond Chandler:

His style owes a lot to Raymond Chandler and lesser apostles of noir, but at the same time it's very much his own. His prose is spare but with a strong undercurrent of emotion; "cool" certainly is the word for him, but there's a good deal of heat beneath.

The Houston Chronicle's PG Koch described Departure Lounge as a crime novel that played with expectations of the genre:

New Zealand writer Chad Taylor plays with the crime/noir genre for his own philosophical purposes in an open-ended way that subverts reassuring convention. In Departure Lounge, we first glimpse a newscast tragedy — a plane that has vanished in Antarctica — before moving on to the book's narrator, Mark Chamberlain, as he shoots pool with Rory, a real estate developer who is short on scruples and whose apartment Mark later burgles… For all its nighttime street life of taxis and clubs, this is an oddly silent book. It is as if we move through its impeccable structure seeking resolution the same way that Mark ghosts through all those houses he breaks into. Taylor in effect has taken the not-knowing at the mystery genre's core and enshrined it, occupied its amorphous territory and made of it, as in this slight book's emotional peak, a luminous art.

Chad Taylor was one of 12 New Zealand authors invited to tour France for Les Belles Etrangeres in 2006. His sixth novel The Church of John Coltrane was published in 2009. He appeared at the Frankfurt Book Festival in 2012.

In 2013 his original 2005 screenplay REALITi was produced as a feature film which premiered at the New Zealand International Film Festival and was selected for Fantastic Fest 2014. Harry Knowles at Ain't It Cool News said: "This is a deliberately paced mind-bender … A societal science fiction horror film. The more you hang in there, the more you’re rewarded." REALITi received five nominations in the New Zealand Film Awards including Best Screenplay.

Taylor's original work on Kurt Cobain featured in the art & text project Mythiq27 in Paris in 2014.

In 2015 Chad Taylor scripted the radio version of his short story 'Close to You' for Radio New Zealand. The production was nominated for Best Drama in the Asia-Pacific Broadcasting Union (ABU) Prizes 2016.